Padma Viswanathan’s The Ever After of Ashwin Rao (2014)

The dedication to Padma Viswanathan’s second novel: For the lost, and for the living. 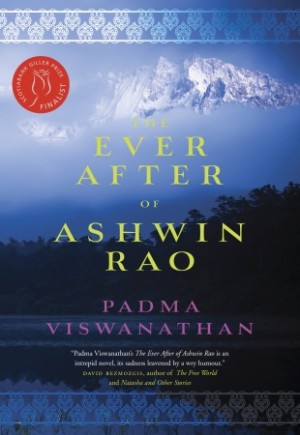 Therein, the reader haa a clue, for The Ever After of Ashwin Rao is equally preoccupied with losing and living.

The novel opens in 2004, on the precipice of the trial which was to address the 1985 fatal bombing of Flight Air India following its departure from Vancouver.

Ashwin Rao lost his sister and her two children on that flight, and almost twenty years later the loss is still fresh.

In her 2013 book of poetry, Children of Air India: Un/Authorized Exhibits and Interjections, Renée Sarojini Saklikar introduces readers to the subject like this:

“This is a lament for children, dead, and dead again in representations. Released.

This is a series of transgressions: to name other people’s dead, to imagine them.
This a dirge for the world. This is a tall tale. This is saga, for a nation.
This is about lies. This is about truth.

Another version of this introduction exists.
It has been redacted.”

Speaking directly to readers, the poet immediately draws attention to the central issues which revolve around this disaster: loss and grief, witnessing and enduring, denial and betrayal. The collection makes a poignant companion to Padma Viswanathan’s The Ever After of Ashwin Rao.

Ashwin Rao is a psychologist, but being able to rhyme off the stages of grief does not lessen the difficulty of living through them. And he lives them every day. Not only in his own person, but in his work collecting and documenting the experiences of families who are still grappling with the loss also.

“We can start wherever you like. People often want to talk first about the early days, when you found out about the bomb. I would like to know that, as a sort of baseline. And more about your family.”

Often his own personal connection with the crash is unremarked upon in these interviews, but he is struggling.

“Daily life depended on the suppression of a person’s worst fears. Bereavement kicked open the doors to let the demons swell, stretch their tongues, show their fiery eyes.”

A series of questions remains unanswered as his work continues:

“How long till the vanished became invisible?”

“How many generations does it take to achieve fluency in the language of grief?”

“The past has as few certainties as the present. Who knew?”

Ashwin does not articulate these all-in-a-row, but they surface throughout the story. It is as though the novel is immersed in them, even before they are identified. His grief is almost overwhelming; it has deep roots and is seemingly endless.

“I am a man thrice-struck by lightning. The first strike, the pogroms, came close. The second, the bombing, struck home. Somehow I’d expected the third to come soon after and to kill me. Why think that way? It’s lightning—nothing personal, even if I seemed to attract it. I waited seventeen years. Finally, the third bolt had struck, but at a distance. It didn’t kill me, but it deadened me, for about fourteen months.”

But these are the questions The Ever After of Ashwin Rao is made to explore, not resolve. Padma Viswanathan’s style is perfect for such ruminations.

Her prose allows the reader to settle in, like an easy chair. There is a sit-by-the-fire feel to the story, like than inThomas Mann’s The Magic Mountain, Maria  Dueñas’ The Time In Between (Trans. Daniel Hahn, 2011), and Rumer Godden’s In this House of Brede. These are novels which feature characters who are pressed inwards by events which have knocked them off-kilter, forced them to reconsider and redefine essential elements of life.

This is a prose style that cannot be rushed. In as much as it reflects Ashwin’s state of mind, it must unfold in its own way. Just as Ashwin has withdrawn, Padma Viswanathan’s novel requires that the reader reach out.

“I started to pull away from my work, which was all I had. No close friends, no family. No work. No love. Limbo. Drift. And then I got word of the trial, and bought a ticket to Canada. You know the rest, dear reader. Deadened and then galvanized. This was the work of the third strike.”

There are aspects of this situation that Ashwin is not prepared to confront, at times not even prepared to identify, not only for the reader but for his own protection. “I, too, may have a linearity problem, and must admit now to a small detail I have so far failed to include in this narrative.”

Just as he retraces his steps, and slips between times, the reader gradually assembles an understanding of Ashwin Rao; this is neither seamless nor complete.

The process of his resurfacing appears to be instigated by his interactions with a family he interviews. (His encounter reminds me a little of Nora’s with the Shahid family in The Woman Upstairs, which also deals with loss, but of a different sort.) This connection simultaneously invites interaction and remarks upon the futility of truly connecting.

“It struck him as marvellous and frightening how little we can know of the lives of others, even the closest, hours and hours in each day when they are out of our sight and we are out of their minds, leaving them to wander in mind and spirit to lonely places.”

He marvels at the capacity of the Irish people who received the mourners and the seekers in the days following the crash.

“But in a place where everyone had tragedy mapped on the palms of their hands, where every family tree was torn by civil war or emigration, famine or sudden squalls at sea, here, they knew how to address themselves to death.”

He struggles to address himself to death. And this sort of struggle is the stuff of fiction and poetry. There are nearly twenty books cited as important to Padma Viswanathan in her research too, as well as several articles; a reader can find any number of ways into the story, but they all lead to unending songs of loss.

“Count: eighty-two under the age of thirteen.
Before breath, and after, what lies underwater,
one unending song — June 23, 1985.”

Nonetheless, The Ever After of Ashwin Rao leaves the reader with quite another feeling, emerging from this harrowing place, yes, but something beautiful and resonant.